The Funders Census Initiative 2020 (FCI), a working group of the Funders’ Committee for Civic Participation (FCCP), is helping to mobilize philanthropic engagement towards a fair and accurate 2020 Census through outreach, education, resource development, and technical assistance.

By supporting grantmaker engagement in the census, FCI works to achieve a democracy where traditionally marginalized communities have equal access to participation and decision-making in the democratic process.

The constitutionally-mandated decennial census is a cornerstone of American democracy. Accurate census data are essential for the fair distribution of political representation and the equitable allocation of more than $800 billion in annual federal assistance to states, communities, and families. Yet historically, the census has disproportionate undercounted people of color, immigrants, young children, and low-income households.

The 2020 Census faces unprecedented challenges, including:

Although philanthropy cannot and should not supplant the government’s responsibility to conduct a fair and accurate census, funder support of the census is more important than ever.

Why it Matters: Data |Dollars| Districts

For philanthropy, accurate census data are vital to help funders better understand the issues in which they invest– from education and public health to environmental justice and civic engagement — and the communities they serve, establish priorities, inform stronger evaluation, and monitor progress.

Accurate census data are essential for the equitable allocation of more than $800 billion in annual federal assistance to states, communities, and families. Significant undercounts risk the misallocation of these resources, and there is no practical way for philanthropy to make up the difference.

The census determines allocation of seats in the U.S. House of representatives and informs political representation at the state and local levels. Inaccurate census data distorts political power for a decade, further marginalizing disenfranchised communities.

The Funders' Committee for Civic Participation brings together grantmakers committed to enhancing democratic participation in all aspects of civic life.

Have you registered for tomorrow’s state and local budgets discussion? There's still time!

Join us on Oct. 1 at 3pm ET to learn more about the state + local fiscal crisis, key principles for an equitable response, + how state and local advocates are gearing up for the budget battles to come: https://bit.ly/2Zn1YQm

Today is the final day to fill out the 2020 Census. Help secure your community’s funding and political power by responding here: https://2020census.gov/en.html #CountdownToYourFuture 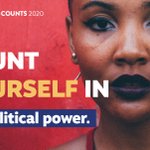