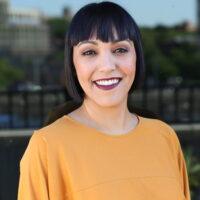 Quanita supports women of color leaders in integrated voter engagement strategy to create a more inclusive and equitable democracy for all. She currently directs Groundswell Action Fund, which strengthens U.S. movements for reproductive and social justice by resourcing intersectional electoral organizing led by women of color, low-income women and transgender and gender non-conforming people of color. Prior to this role, she led Groundswell’s Integrated Voter Engagement (IVE) program, which equips reproductive justice (RJ) groups with cutting edge voter engagement skills and technology. During her tenure as lead of the IVE program, RJ groups grew their scale from making just 1,000 voter contacts during the pilot program to over 150,000 voter contacts in 2018. Quanita began organizing for social and racial justice alongside her parents in her native South Africa during the transition from apartheid to democracy. She joined her parents as they voted, for the first time in their lives, for Nelson Mandela in 1994, and this moment sparked a lifelong passion for electoral justice. Quanita and her family immigrated to the U.S. in 1997. She found her political home at the Miami Workers Center where from 2005 to 2008, she worked on campaigns for housing justice and was involved in MWC’s first non-partisan civic engagement campaign. In 2009, she was a founding staff member of New Florida Majority where she led the creation of statewide, data- driven electoral campaigns to advance social change until 2014. She holds a B.A. in Political Theory, Economic Development, and African Studies from Hampshire College. 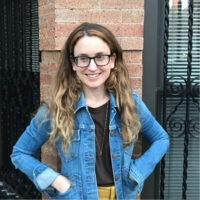