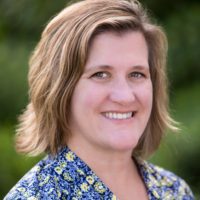 Kathy Bonnifield is the Judicial Independence Program Officer at the Piper Fund, an initiative of the Proteus Fund. Kathy’s nonprofit experience has primarily focused civil and human rights, including positions at The McKnight Foundation and Citizens for Election Integrity Minnesota. At McKnight, Kathy focused on land and water rights in Southeast Asia and women’s economic advancement in East Africa. As the Executive Director of Citizens for Election Integrity Minnesota, Kathy authored several reports which focused on post-election machine audits, voting rights, and the cost of a proposed constitutional amendment, including one cited in an amicus brief to the United Supreme Court (Arizona vs The Inter Tribal Council of Arizona). She has observed numerous missions with the Organization for Security and Cooperation in Europe, and served on Governor Dayton’s Electronic Poll Book Task Force. She can be reached at kbonnifield@proteusfund.org