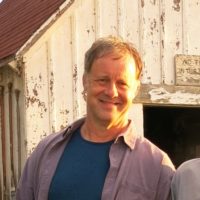 Kentuckians for the Commonwealth

Burt Lauderdale is the Executive Director of Kentuckians For The Commonwealth.  He and his wife Jenny live in rural Eastern Kentucky, on the western edge of the Appalachian coalfields, where they have raised two sons.  Burt grew up in Alabama and is a graduate of Auburn University and in 2011 was awarded an Honorary Doctorate of Humane Letters from Berea College.

KFTC, a statewide, membership-based, social justice organization, describes itself as a community of people, inspired by a vision, building New Power.  With 12,000 members and fourteen rural and urban chapters across the state, they utilize community organizing, grassroots leadership development, strategic communications, and integrated voter engagement to address a wide range of public policy issues.