We are pleased to present the following slate of candidates for the membership’s vote to join the FCCP Advisory Board this year (full bios are below). In recruiting these candidates, the Advisory Board sought to ensure that the nominees would bring diverse perspectives, opinions, and experiences, and represent a variety of philanthropic organizations and geographic regions.

As a member in FCCP, we asked you to vote on the full slate of candidates for a three-year term below. Voting closed at 12:00 PM ET on Wednesday, September 2.

VOTING IS NOW CLOSED FOR THE 2020 SLATE OF CANDIDATES. 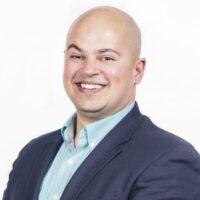 Trevor Ostbye is a senior program associate for Elections at Democracy Fund. Within the Elections Program, he leads the organization’s work on pro-voter reform and voting rights at the state level.

Prior to joining Democracy Fund, Trevor was a National Coordinator at the Lawyers’ Committee for Civil Rights Under Law, where he worked on Election Protection, the nation’s largest nonpartisan voter protection coalition. He managed Election Protection efforts and outreach in key states, as well as core components of the national program. He has previously served as Manager for Jobs and Project Planning at Hope Street Group, coordinating the creation of a bipartisan coalition around innovative strategies for workforce development.

Trevor is also interested in exploring issues of identity and inclusion through dialogue. He has consulted with the Sustained Dialogue Institute, with a focus on bringing more open dialogue to college campuses and workplaces.

Trevor holds a J.D. from the Wake Forest University School of Law, and a B.A. in Public Policy from Duke University. 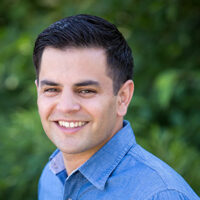 Estevan Muñoz-Howard is a senior program officer at the Piper Fund, where he oversees grantmaking to support state and municipal money in politics reform efforts. Estevan is a tireless advocate for fair representation and racial equity in our democracy. He has been working to amplify the voices of Seattle voters since 2007, and helped lead the successful Honest Elections Seattle campaign of 2015—the historic initiative to implement a democracy voucher program in the city. Estevan currently serves on the board of the state donor table, Progress Alliance of Washington. For the past two years, he has also served as co-chair of FCCP’s Money in Politics Working Group. Before joining the Piper Fund, Estevan worked as development director for Arts Corps and Social Justice Fund NW, and as executive director of the Youth Media Institute. He is passionate about democracy, community organizing, and the diffusion of power. Estevan is a graduate of the University of Puget Sound. 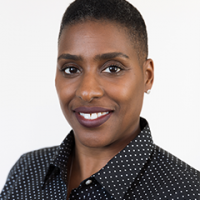 Keesha Gaskins-Nathan is the director for the Democratic Practice–United States program at the Rockefeller Brothers Fund. She is a long-time organizer, lobbyist, and trial attorney. Prior to joining the Rockefeller Brothers Fund, she was senior counsel with the Brennan Center for Justice, serving as the director of the Redistricting and Representation program. Her portfolio included redistricting reform, voting rights, and elections, with a focus on voter suppression issues. Keesha is a frequent lecturer and writer on issues related to women and politics, movement building, and democratic reform. She is the author of a number of articles and publications related to voter suppression, voting rights, and redistricting.

Following law school, Keesha served as a shared judicial clerk for the Honorable Alan Page and the Honorable Joan Ericksen at the Minnesota Supreme Court. She was also a 2008 Feminist Leadership Fellow with the University of Minnesota, Hubert H. Humphrey Institute of Public Affairs – Center on Women and Public Policy. In 1999, she received her Juris Doctor for Northeastern University School of Law and graduated with honors with a dual degree in Criminal Justice and Political Science from St. Cloud State University. She is a frequent commentator on voting rights and redistricting reform and regularly appears on numerous news and public affairs programming, including past appearances on PBS’s NewsHour, MSNBC, and Bill Moyers. 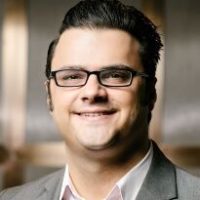 Evan Bacalao is a program officer with the Special Initiatives and Partnerships unit of the Open Society Foundations’ U.S. Programs, working with multi-issue advocacy and civic engagement partners.

Prior to joining Open Society in 2015, Bacalao was a senior director for the National Association of Latino Elected and Appointed Officials Educational Fund, where he led the organization’s civic engagement department, promoting U.S. citizenship, mobilizing Latino voters, and protecting voter rights through direct services, original research, and capacity-building initiatives. Under his leadership the department significantly expanded its investment in national coalition work, regional outreach campaigns, and regranting to local nonprofit efforts. Bacalao joined the educational fund in 2005 as research associate in the policy, research, and advocacy department. He wrote public reports and testimony based on demographic and electoral participation data, and assisted with advocacy efforts such as the Voting Rights Act reauthorization of 2006.